The third weekend of November 2019 marks the end of racing for the Burnham Dragon Fleet this year. To mark the occasion the fleet will take part in two races, one per day across the weekend for the Peter Matthews Memorial Trophy.

On Saturday evening the Burnham fleet will have their end of season prize giving black tie dinner which will include a great menu. The annual fun evening will feature the unforgettable, novelty award presentation of the Clanger Trophy for misdemeanour.

To join the fleet for dinner, booking is essential. Please contact the Royal Corinthian Yacht Club on 01621 782105 or email info@royalcorinthian.co.uk 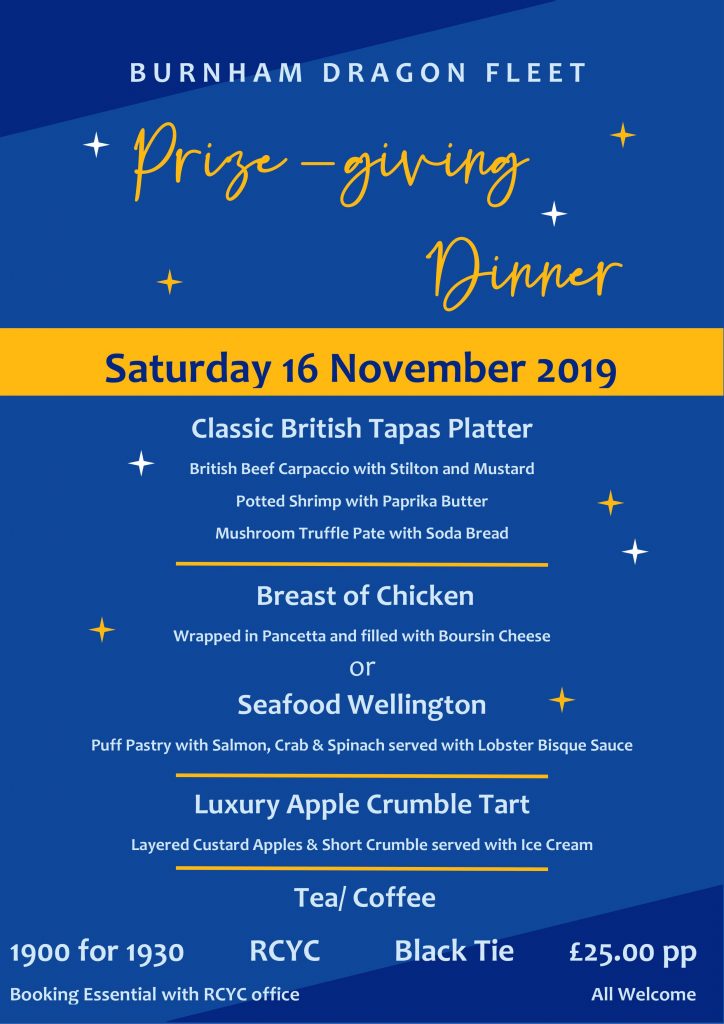 British Dragons celebrate at the 90th anniversary regatta along with 20 other nations and 140 travelling Dragons. The International Dragon 90th Anniversary Regatta powered by Paul & Shark got underway in spectacular Italian style on Sunday 6th October at the Yacht Club Sanremo, with a gala opening ceremony at which the 162 participating teams were welcomed.

Dragon sailors and friends of the class have travelled from across the globe for this unique celebration of the Dragon’s illustrious 90-year history, and the regatta is already infused with a wonderful sense of fiesta. 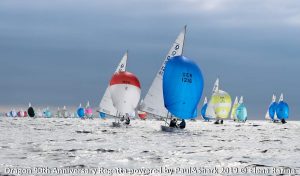 The Anniversary all-inclusive race was a fantastic display of International Dragon sailing. The Dragon is widely regarded as one of the most beautiful one-design keel boats in the world, and the spectacle of 150 Dragons coming together on a single start line to celebrate the class’s 90th Anniversary was truly a visual delight. The special course with a three mile beat to the first mark was followed by a down-wind leg featuring two reaches and then a run into the finish. With a north easterly breeze of around 12-15 knots Benedikt Gach sailing GER1216 got a good start, hit the left side of the beat and sailed superbly well to head the fleet at the first mark. Jens Rathsack in MON2 Jeanie rounded the first mark 100 yards behind him with Ron James helming GBR633 Fei Lin’s-Flirtation at the head of the chasing pack.

The afternoon continued with the ‘special races’ which were dominated by British Dragons. Laura Dillon helming GBR770 Storm took the Ladies win and David Hall’s GBR617 Flame Again were awarded first place in the Family race. A close finish in the Champions of Champions race saw Russia’s Dimitry Samokhin take first ahead of Mike Budd’s GBR818 Harry. It was a fantastic day of racing for Ron James’ GBR633 who took the Master’s title and Tim Saunder’s SCYC Dragon Vixen who came in 2nd.

The hundreds of participating crews will live on in their memories for many years to come. The regatta concluded in spectacular style with two glorious final races in an 8-10 knot sea breeze and a prize giving party that matched both the Dragon and the Yacht Club Sanremo’s renowned reputations for warm hospitality and exceptional camaraderie. 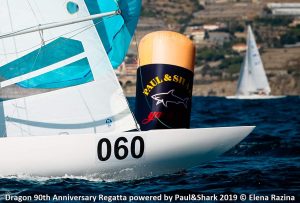 Grant Gordon of event sponsor Glenfiddich, who also raced the regatta at the helm of GBR820 Louise Racing finishing ninth overall, paid tribute to all the very many people who helped make the regatta happen. “Sanremo did our Class, arguably ‘the world’s greatest classic one- design keelboat’, very proud. There was a wonderful atmosphere throughout the whole of the Dragon 90th regatta. Thank you to all the volunteers and organisers for an unforgettable event.”

In the Classics Fleet, for planked wooden Dragons built prior to 1972, first place went to Ivan Bradbury sailing GBR375 Blue Haze, a beautifully restored and maintained 1959 Pedersen & Theusen, which also finished 26th in the overall classification.