Day two of the Dragon 90th Anniversary Regatta powered by Paul & Shark brought beautiful hot sunshine and racing at last for the 150 strong fleet, who had been held ashore on day one due to strong winds and rough seas. The starts were initially postponed for a little over two hours to allow the wind to build, but by mid-afternoon a delightful 6-7 knots had filled in from the south east quadrant, enabling the Yacht Club Sanremo’s Race Committee to run two excellent qualifying series races.

The fleet has been split into two groups for the qualifiers, with each group racing on its own dedicated windward leeward course. The light airs gave the tacticians and trimmers a good work out as they tried to pick the best lanes and constantly change gears to maintain maximum speed. Consistency was hard to find though and by the end of the day four different race winners had been identified.

In Group B Vasily Senatorov, sailing RUS34 ‘To Be Continued’ won the opening race from Norbert Stadler’s SUI297 ‘Tachiston’ with Brian Goggin’s IRL180 Serafina, helmed by Daniel Murphy, third. The second Group B race was won by Evgenii Braslavets in ITA77 ‘Bunker Prince’ with Goggin and Murphy second and Jens Christensen’s DEN410 ‘Out of Bounce’ third. Overall Goggin and Murphy now lead Group B by two points from Christensen who took fourth in the opener, with Pieter Heerema’s NED412 ‘Troika’ in third thanks to a seventh and fifth place.

British Dragons GBR 818 Harry and GBR 770 Storm both had consistently great races in the top ten to finish 5th and 7th respectively earning their place in the Gold fleet. 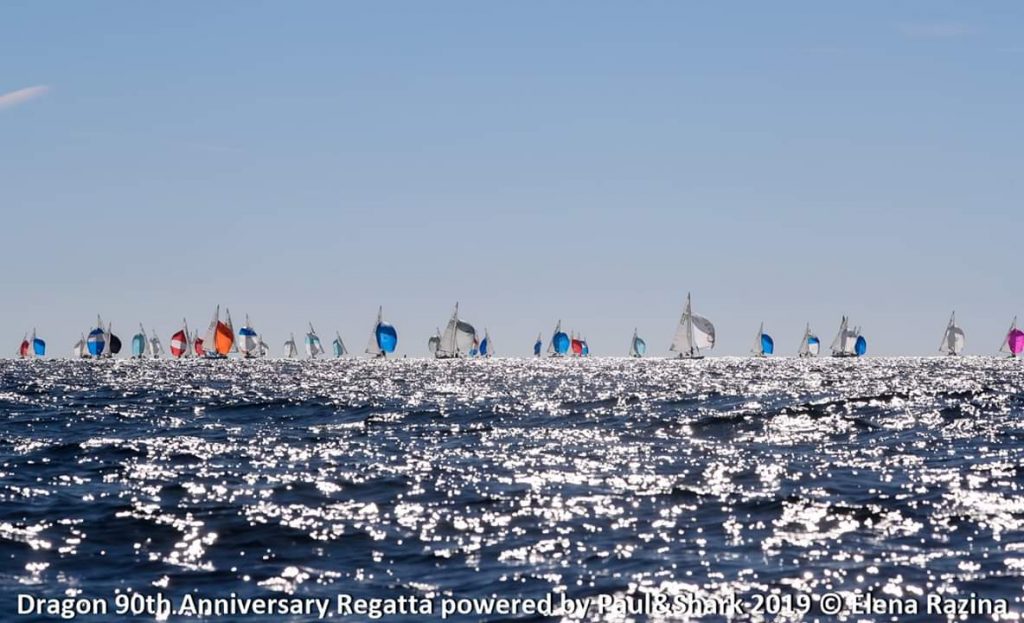