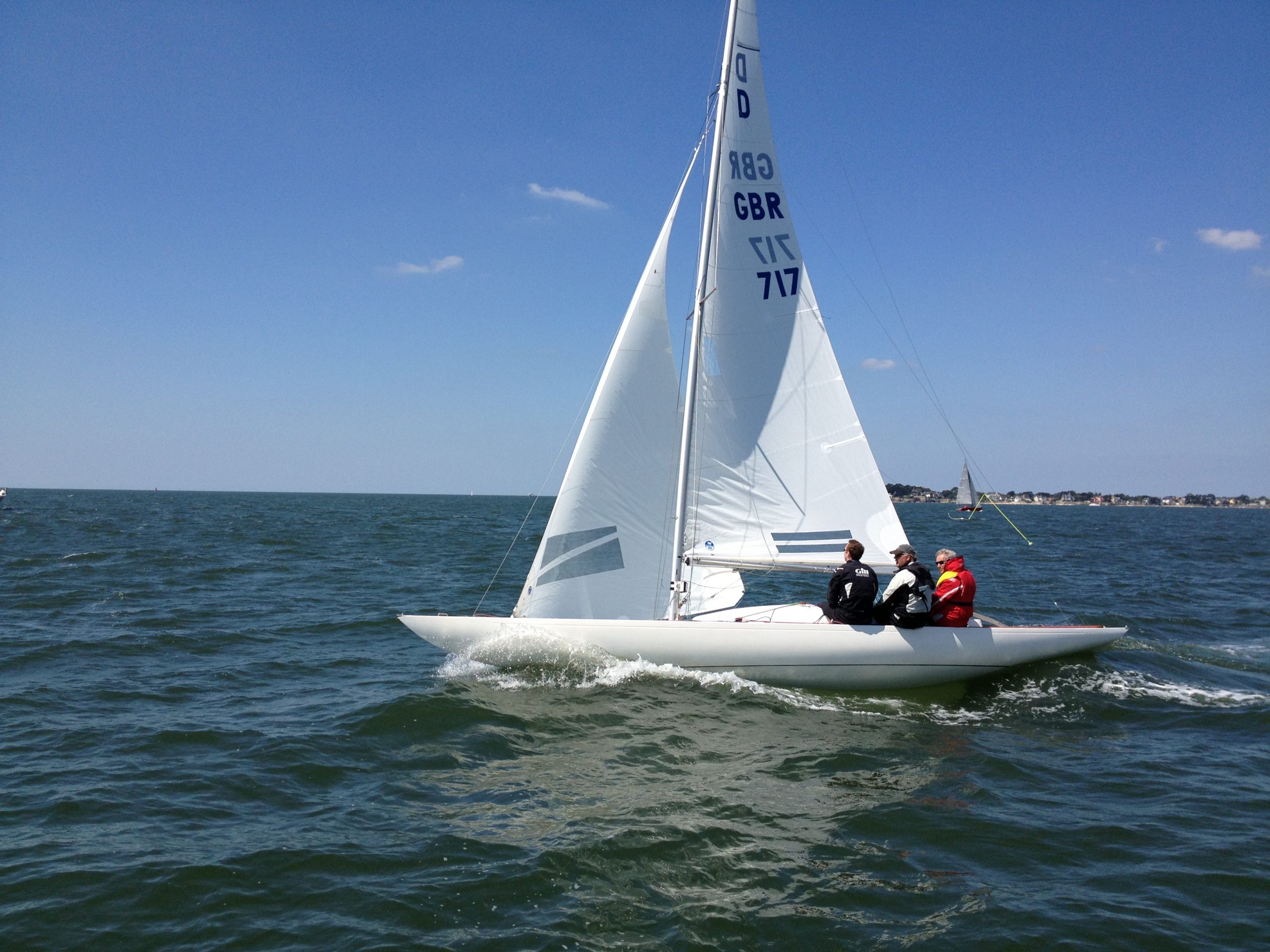 The Classic Dragon scene remains one of only sporadic activity spread over a number of fleets but without any strong centre. I think I know of 52 Classic Dragons in Britain. There are certainly more but they are typically in sheds where their owners have either forgotten about them or have an intention to sail them again, but something else always gets in the way. The 52 can be categorised as follows: 13 laid up but not for sale, 9 under restoration, 9 for sale, 4 racing and fully competitive, 8 racing locally and/or in Classic events, 5 cruising, 4 wrecks and unlikely to be restored. Within this I may have misclassified a few, but the general picture is correct, and not very encouraging.

This year’s Classic and Vintage Championships were held within Medway Regatta at the end of May. Royalist, sailed by Roger Dawe, won the Classics, sadly by virtue of being the only boat there. She also finished a very respectable fourth in the whole fleet.

Apart from these Classic British regattas, there was a split between the four fully competitive Pedersen and Thuesen boats, Blue Haze and Debutant both owned by Ivan Bradbury and Joanna and Heuschrecke both owned by Dmitri Bondarenko which went to various championships with some success, notably when Blue Haze was the top Classic Dragon overall at the 90th Birthday celebrations in San Remo. Classics participated in club racing at Aldeburgh(Harkaway and Kestrel) and on the Forth(Wizz Too). There may well be others but I have been unable to trace them. Of these Harkaway did best, winning a race in Aldeburgh Week and the week’s personal handicap series.

The Vintage Championship was won on the Medway by Molly(GBR588) sailed by Heiko Schupp from Repeat Offender and Flos. Molly also finished sixth overall. Several Vintage boats enjoyed good seasons, notably Full Speed(sailed by Martin Payne and others in many regattas), Scorpio(Ian Gray), Basilisk(Patrick Gifford and Tom Mehew), Whistle(Wendy Howland and Quentin Strauss), Kismet(Cathy Ogden) and Rackham(Mark Dicker). However, the fact remains that, despite the evidence that such boats can be competitive, there are really very few of them around. There were about 150 British sail numbers allotted to GRP boats built before 1994 but I am now only aware of about 40 of these boats. It is particularly strange because they are newer than the Classics and effectively indestructible in normal life. I know of some that have been exported but most seem to have vanished into barns or the back of boatyards.

There doesn’t seem to be a magic answer that will revive the Classics and Vintage boats. To a great extent the problem is bound up with the decline of regular club racing and the discipline of Season’s Points series and suchlike. That revival is possible was shown by the Abersoch fleet and, incidentally in Ireland, by the Glandore fleet. These examples suggest that evangelical enthusiasm and energy are necessary and that a price cap is useful. In the meantime the rest of us need to concentrate on getting the boats we have out on the water to demonstrate that high quality racing is available. If new participants appear there really isn’t any shortage of available boats in varying condition at different price points.