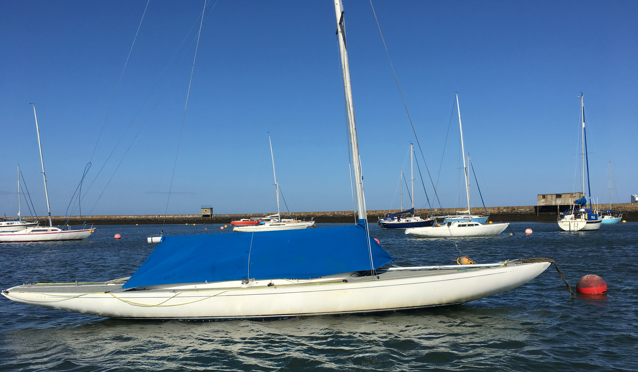 Renamed as Stargazer 2018 but hardly sailed since. She is stored ashore at Longniddry near Edinburgh.

Original teak inlay on the coach house roof and the deck is in grey anti-slip.

Cockpit on the Borresen is roomy and deeper than the old wooden ones so easier to duck the boom and room to move.

Wooden crew seat and helm seat and are part of her measured weight of 1700kg fully rigged.

Mostly fitted with Harken for the key elements. Harken main traveller track and car replaced in 2016.

Winch can be used for pole control in windier weather. Launching strop.

Over boom boat cover (as in pictures)

Substantial trailer, old, but well looked after – tyres (and spare) in excellent condition