The final event to complete the BDA year will be the AGM and Dinner which is being held on:

The event will continue with the usual format of the AGM at 6.30pm followed by dinner at 8pm and the presentation of the Citron Trophy.

More details, booking and AGM papers will follow nearer the time but for now please save the date and we look forward to seeing you all there. 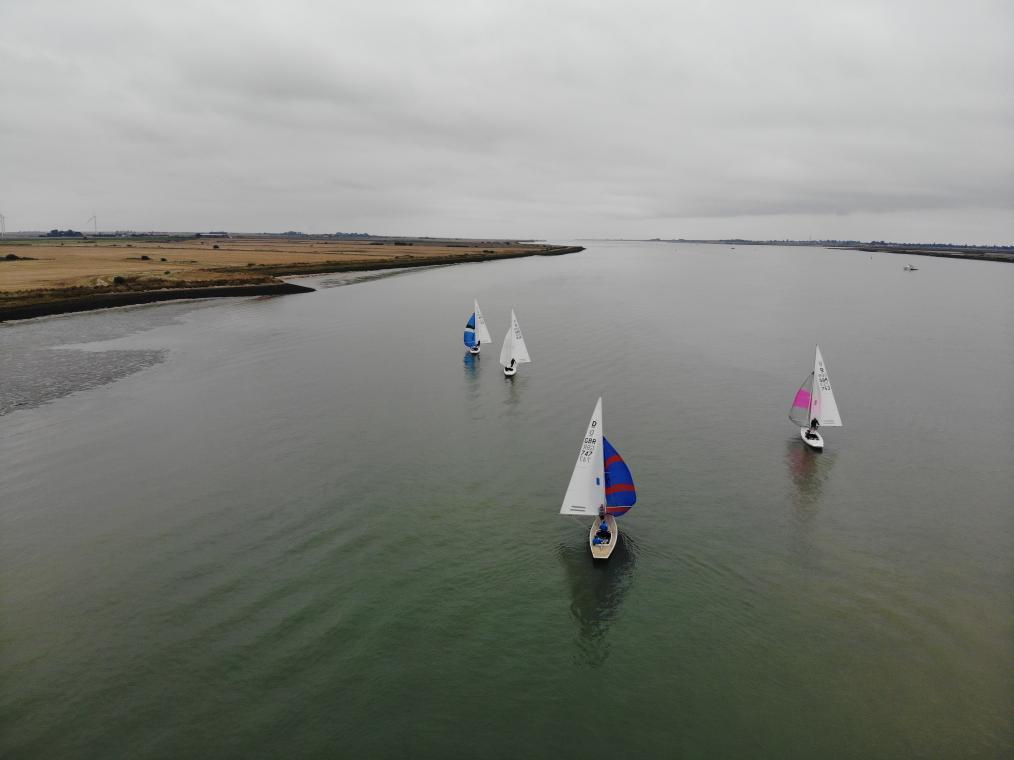 Six home and five visiting teams took part in the 2021 Dragon East Coast Championship out of the Royal Corinthian Yacht Club over the weekend of 25/26th September. Saturday’s forecast light wind was accurate. The fleet took to their boats after a short postponement but it was not possible to start any races. Forty two people attended a dinner that evening as the ever reliable RCYC hospitality and catering kicked into gear.

With three races required to validate the series, club Admiral and PRO Edwin Buckley and his ‘Race Team Phoebe’ pulled out all the stops on Sunday. Race one was underway on time with a windward leeward course set in a southerly breeze.

Beauty and the Beast was up to speed first and took line honours from Avalanche. Race two saw BDA Chairman Simon Barter and his Solent team on Bertie in their first outing in Burnham, run aground as if they had been sailing here for years. Usually the visitors steer clear of the mud while home teams park up with complete surprise. Pageboy XI took the win from Beauty and the Beast.

Bertie was back in the hunt for race three and lead for most of the race under pressure from Pageboy XI. With the current running across the course from East to West, Bertie went right, and up current at the final leeward gate, Pageboy XI went left and down current and went into the lead on the short leg to the finish, taking their second race win.

Going into race four Pageboy XI were on six points, Beauty and the Beast seven, Avalanche eight. As the race unfolded Avalanche maintained a clear lead and Pageboy XI slotted nicely into second place ahead of Bertie and Fit Chick, the highest finishing visitors overall.

A second was enough to see Pageboy XI take the overall win and the race four win saw Avalanche up to second overall ahead of Beauty and the Beast. At the helm on Pageboy XI this weekend was Jono Brown, who has more recently been sailing his Squib while the family Dragon is in storage, along with regular crew Clive Page (owner) and Graeme Page. Worthy winners and popular too.

The fleet extended their thanks to the race team for getting four good races in, and to the Royal Corinthian Yacht Club for hosting.

Next years East Coast Dragon Championship will be back in Rochester hosted by the Medway Yacht Club.