Dragon racing is truly for everyone, at any age. Will Heritage started sailing with the Bailey’s at 8 years old and was described then by Tim Tavinor as “the best nipper he had seen on a boat.”

Will Heritage, a teenage boat building apprentice from the Isle of Wight has surprised and delighted many in the OK fleet after bursting onto the scene in a boat he largely built himself and taking fourth at the OK Nationals in his first event in the class and then 15th at the OK Europeans where he also won the European Junior crown. Will is leading a group of new youngsters that are coming into the OK and making their presence felt at a time where international competition is hotting up with such notables as Freddy Loof, Mats Caap and Rod Davis returning to the OK to enjoy their sailing in a more sociable, but still deeply competitive fleet. In this interview Karen Robertson talks to Will about his sailing, why he chose the OK and his successes this year.

Karen Robertson talked with Will after winning the title: 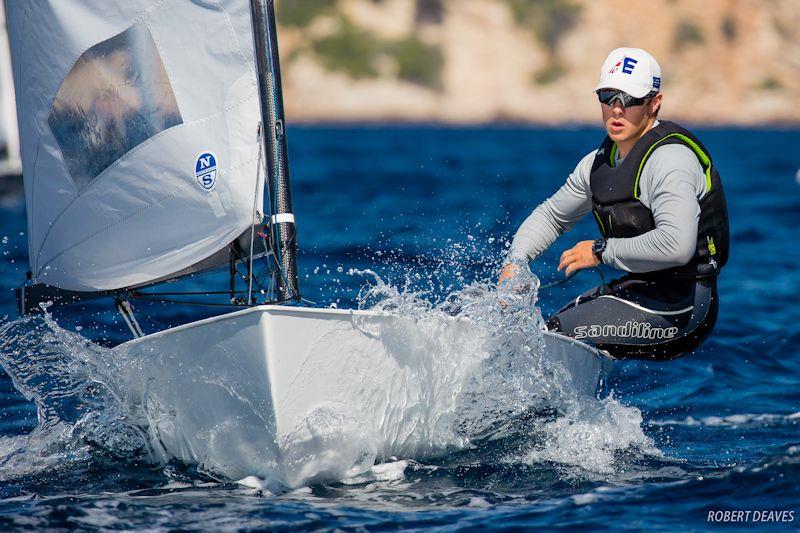 “I’m am extremely happy with how the Europeans went, especially as it was my first international event in the boat mixing with the big boys and the best in Europe. To be crowned Junior European Champion was the icing on the cake after a very fun week of hard work and great sailing.

“My highlight of the Europeans has to be getting a top 10 in the last race crossing the World Champion with the last tack of the race to get inside the top 10. It was the penultimate race of the regatta, I needed a good race to stay in the top 15 and thankfully I did just that. To be honest couldn’t stop smiling as I’d had all top 25 results but nothing in the top ten. to get one in the top ten result was hard fought in such a good fleet.

“I started sailing when I was about eight sailing Optimists, I soon took to it and was off around the county doing the extremely competitive circuit they had, being selected for the National squads soon after. It helped me no end to get my head round 100+ boats on a start line which helps me with every start I do. At the age of 12 I moved into the Laser 4.7 where I spent the next few years, winning a few national ranking events and the Inland Championships before moving into the Radial until 2016.

“By this stage I had started to do some keelboat sailing in the Dragon Class which I still sail today – sailing with Graham and Julia Bailey who I’ve known since I was born. They’ve helped my sailing more than I could imagine, the highly competitive fleet mixed with the experience and intelligent sailing of the Baileys has taught me so much that I can take into my own sailing. We have won four Edinburgh Cups (National Championships) 2014, 2015, 2017 and 2018.

“From when I was a very small boy I had dreams of being a 6’3″ brute of a Finn sailor but unfortunately I haven’t even got close to six foot meaning I am a touch small for a Finn. But after talking to a few people an OK seemed a great road to go down as its similar to a Finn but still a fantastic boat. I had finished with my youth sailing and was at a crossroads of what to do. I started as an apprentice boat builder for my Dad building race boats so we decided to buy a hull with no deck on and go from there. the hull went to Andy Rushworth to get a deck put on it and I started on it in late January, finishing early July. That was my way into the class, it’s one of if not my favourite boat to sail.”

Read the full YachtsandYachting.com interview with Will here >>>