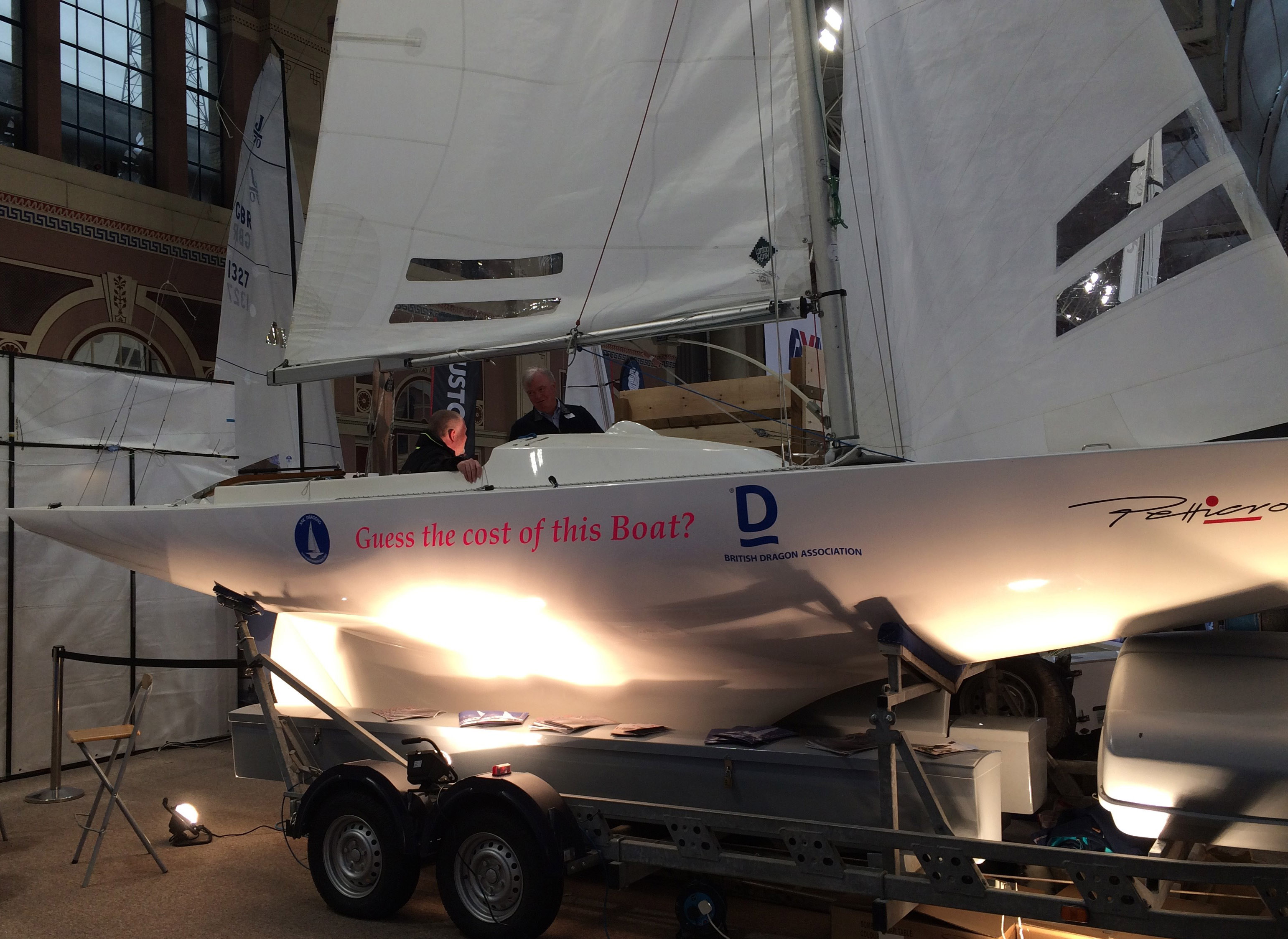 After a gap of six or seven years, the BDA took a Stand at the RYA Dinghy Show. We showcased a twenty year old Dragon, that was in superb condition. We aimed to grab visitor’s attention by posing a question: ‘Guess the Cost of this Boat’? Our goal was to demonstrate to jaded dinghy sailors that owning a Dragon was within their reach and no more expensive, than say buying a new race ready Wayfarer Dinghy.

The boat was lit with flood lights and we provided an access stairway and platform that permitted visitors, whatever their nimbleness, to get into the cockpit and imagine what it would be like to sail a Dragon.

We arrived on site at 9.00hrs on the Thursday, having towed the boat from Medway around the M25 to Alexandra Palace in snowy weather conditions and sub-zero temperatures. We were suitably attired i 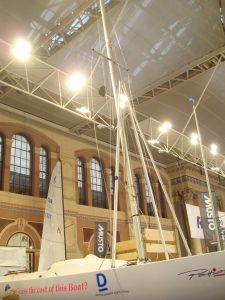 n compulsory High-Vis jackets, which however, did not help with the freezing conditions.

The temperature in the Exhibition Hall was the same as outside and below freezing. This made things interesting, as our first task was to clean the trailer of accumulated snow, ice and salt that covered every surface. We ’borrowed’ brooms and buckets and thankfully found a copious supply of hot water to splash over the rig and get the ice and accumulated road dirt off.

We towed the trailer into the Great Hall and found our designated spot – this involved crossing newly laid carpets of neighboring stands. Lots of opportunities for tempers to get a bit frayed, surprisingly the Professional Stand Erection Teams did not seem to be put out, as we sought to get the biggest boat in the Show into our allocated position. They were all willing to move vans and shift part built partitions. A really friendly and obliging group of professionals.

We had lots of visitors, both young and old. Many had seen a Dragon from a distance, but not close-up. Some visitors thought it was only a rich man’s past-time and unaffordable for the average sailor.

Visitors were surprised that they could buy a Dragon in such good condition for so little money. The boat on display was actually sold at the Show for £12,500, and we had two other prospective purchasers showing interest.

One insight is that there are prospective buyers who would be attracted into ownership for Club level racing, if they could be part of a syndicate. The Show was an excellent opportunity to meet people.The Dinghy Show is the mecca for diehard dinghy sailors and these people are one of our target groups to bring into the world of Dragon sailing. The atmosphere in the show was relaxed and friendly. We had a steady stream of visitors. So much so, that a queue formed to get onto the access platform. 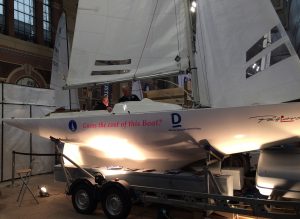 Dragons are much admired and covetted. It is a boat that many people aspire to own and sail. We had two prospective buyers who turned up to see the specific boat that we had on the stand. I think it is possible that the boat could have been sold several times over. This is not surprising as it was extraordinary value and a lot of boat, for not a lot of money, compared with buying a new dinghy.

Even those visitors who were not able to be owners were keen to crew on a Dragon. We gave out brochures with information about contacting the Dragon fleets in Medway and Burnham. 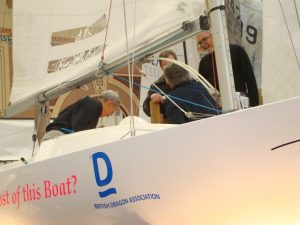 Finally, we have taken another step to implement our growth Strategy, and attract new owners and younger Dragon Sailors.

Our thanks go to Bruce Boyd as the driving force to get the BDA back exhibiting at the RYA Dinghy Show. Also, we thank everyone who turned out from Burnham and Medway Clubs to support us.