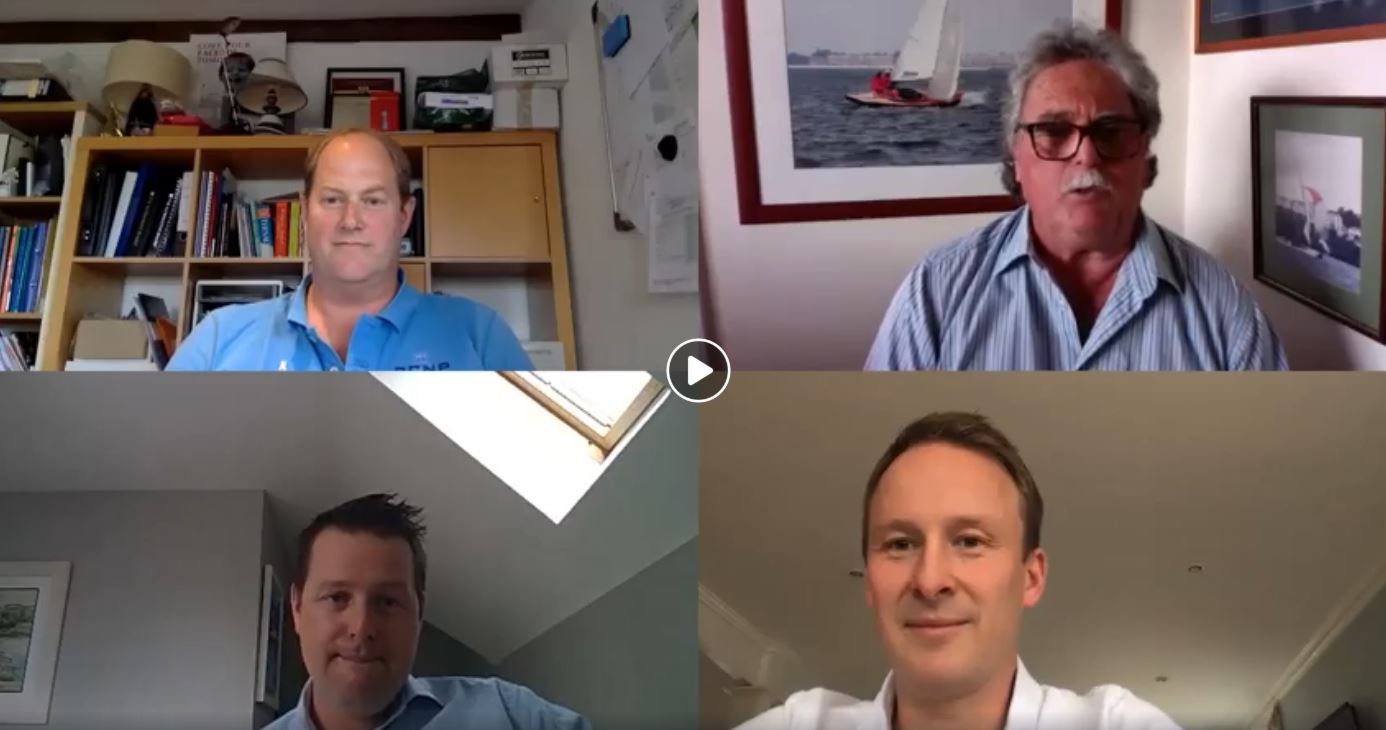 April arrived and we were told to stay in, not go to work, be safe and kept reading of our much beloved sailing events all over the world being cancelled. It has been very sad and troubling times but there was a light to look forward to for Dragon sailors globally thanks to Stavros.

From the beginning of April the new IDA Facebook page has been the place to go. Stavros has hosted over ten virtual interviews talking to World, European, National and Olympic Champion sailors.

The interviews continued to skip across the waters and it was an early evening drink and some banter with the Irish sailors Cameron Good, Brian Goggin and Daniel Murphy that came next. Then came the Lars double – Stavros interviewed Lars Hendriksen & Lars Stenfeldt both winners of numerous Gold Cups.

The 9th edition was Bakker to the Future with the successful family team of Jan, Dominic & Olivier and there was even one where the tables turned and Stavros was interviewed by Stirfry! A chat with the Maestro, the great Vincie Hoesch was followed by a discussion with Petticrows Tim Tavinor and how he went from sailing to boat building.