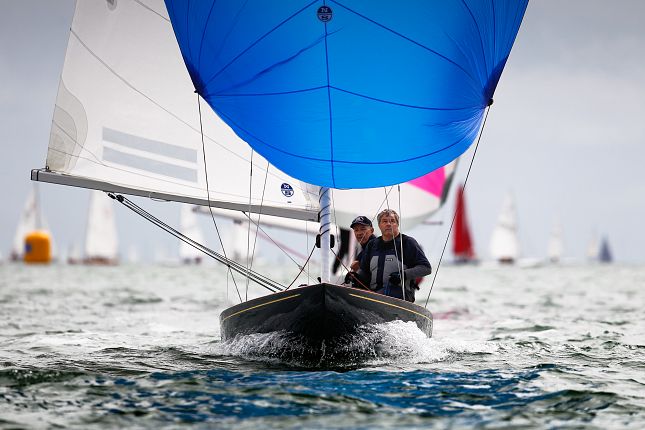 Bluebottle, previously owned and sailed by HRH The Prince Philip, Duke of Edinburgh, has made a stunning return to Dragon racing during last week’s Cowes Week.

Retired in 1960, restored by David Heritage Racing Yachts and in its first race in 60 years Bluebottle has WON the Cowes Week Dragon fleet.

Expertly helmed by Graham Bailey with crew Julia Bailey and David Heritage, Bluebottle picked up three wins and two seconds out of six races to claim the overall top spot.

Congratulations to all the Dragon sailors and to Eric and Gavia on securing their positions on the podium.