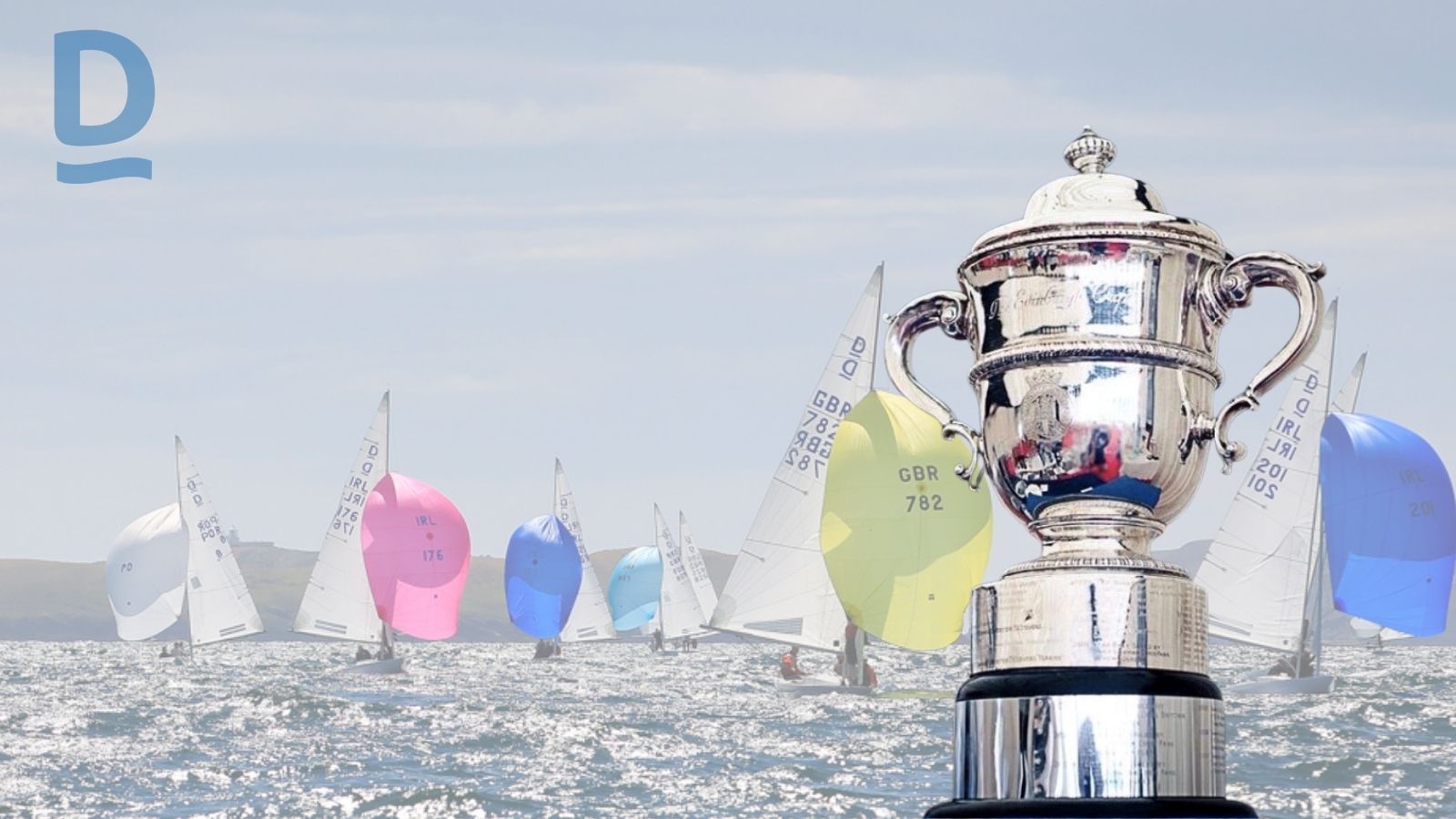 With just days till the start of the BDA Scottish Championship and Edinburgh Cup Nationals there are several pieces of useful travel and local information for all competitors and visitors.

Please wear a face covering at all times when inside in public areas, unless seated, eating or drinking, or medically exempt. Masks are mandatory not optional. Scroll down for more info on tides, local area map and driving routes.

These are our recommended driving routes for getting to the RFYC at Granton, particularly when towing.
West Coast Route to Edinburgh
We assume that most folk will be taking the west coast route using the M6 – it has the most motorway, with the very pretty section through the Lake District, plus our favourite motorway halt at Tebay Services 17 miles south of Penrith, with good views and excellent food. However, it can be very busy as far north as Preston or Lancaster but does thin out significantly after that.
Follow the M6 north to Carlisle, where it changes to the M74. Carry on to junction 13 at Abingdon to take the A702 towards Edinburgh. This is a good single carriageway road, which will take you all the way to the A720 Edinburgh Bypass. Follow this around to the west of the city.
There are a couple of alternatives – sat-navs will often suggest taking the A701 in preference to the A702 as being slightly more direct. While it is a quieter, very scenic and very interesting option, we wouldn’t recommend it for towing as it is narrower, bendier, hillier and generally not as well maintained as the A702.
For those preferring motorway, it is possible to continue on the M74 to junction 4, M73 to junction 2, and then the M8 to Edinburgh. Is it slightly longer, has the potential drawback of hitting Glasgow traffic, but does have the advantage of coming into Edinburgh from the “right” side.
The routes/distances/times shown below are from the end of the M6. We really wouldn’t recommend the A68!

Another option is to take the east coast route via the M1/A1M/A1. This is mostly dual carriageway as far as Newcastle with a mix of dual/single carriageway after this up to Edinburgh. It is generally a relatively fast route, but can slow particularly on the single carriageway sections when traffic is heavy. It does have some very pretty sections through Northumberland, views of Lindisfarne island, and along the coast north of Berwick as you cross the border.
This route does lack somewhat in halting options along the way, but one of our recommended options is Purdy Lodge near the Bamburgh turnoff about 75 miles from Edinburgh.
The times/distances shown below are from the A1 at Newcastle. Pleasant as they are, we wouldn’t really recommend either the A68 or the A697 for towing.

The easiest/quickest way to Granton Harbour is from the A720 Edinburgh Bypass from the west side of the city. It is also possible to approach from the east, but unfortunately this route is currently riddled with road works for the new Edinburgh trams extension. Plus it would seem that Edinburgh Council has a road closure planned just to the east of the harbour for the two weeks around the event, wouldn’t you know, so probably best avoided if possible.
So whether approaching from the A702, M8, or A1, join the A720 Edinburgh Bypass to the
west/north and follow it to the very end at the Gogar Roundabout. From here, turn right, following the A8 briefly east towards the city centre.
Fork left onto the A902 Maybury Rd, over one roundabout, as far as the major junction with the A90. This is a typical “interesting” Edinburgh road junction with many traffic lights and traffic feeding in lots of different directions. But basically, keep to the right at this junction to join the A90 towards the city centre and all will be well.
From here, follow the A90 through several sets of traffic lights and you want the fork to the left onto the A902 Telford Rd. After the fork, some challenging lane discipline is required through the first couple of sets of traffic lights, after which it’s plainer sailing.

Carry on until the roundabout. Take the first exit here onto the B9085 Ferry Rd, looking out for signs for the lorry route to Granton.

Under the bridge, take the right-hand turn at the traffic lights onto West
Granton Access. At the next major traffic lights turn right onto West
Granton Rd and as the name suggests you’re almost there. From here it’s straight on to the roundabout at Granton Square. This is another typical Edinburgh roundabout with traffic approaching from every direction, so some care is required. Take the second exit onto Lochinvar Drive and you have arrived.