The British Dragon Association (BDA) is proud to announce that this year’s Edinburgh Cup fleet will include the famous International Dragon Bluebottle. Hosted by the Royal Forth Yacht Club (RFYC) from 30 June to 3 July 2020 Dragon sailors from across the country and further afield will head to Edinburgh to compete for the National Championship title.

Built by Camper and Nicholson in 1948, Bluebottle was presented to HM the Queen and HRH Prince Philip as a wedding present from the Island Sailing Club of Cowes, Isle of Wight. She is the only British Dragon to have won an Olympic medal, picking up a bronze at the 1956 Melbourne Olympic Games. 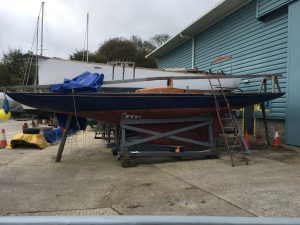 The beloved keelboat spent 40 years as a sail-training vessel at the Britannia Royal Naval College and more recently was resi (opens in a new window)ding on the pontoon at the National Maritime Museum Cornwall, in Falmouth. Now at the age of 72 – Bluebottle is undergoing a full restoration by David Heritage Racing Yachts on the Isle of Wight in preparation to be sailed and raced in Edinburgh this coming summer.

The Edinburgh Cup has been the British Open National Championship since 1949 when it  was presented by the Duke of Edinburgh to the British Dragon class. In 2020 the annual event returns to its eponymous home on the Firth of Forth, where it was last held in 1997. 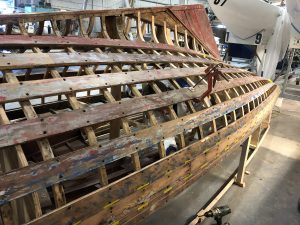 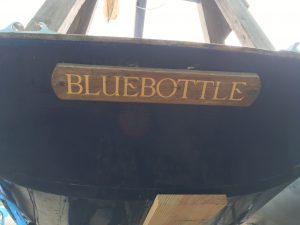 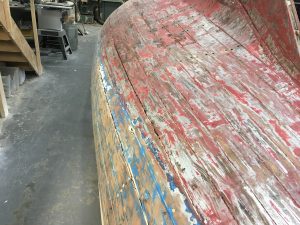 BDA Chairman Simon Barter commented on the upcoming National event for the class; “It is a privilege for the class to be able to showcase this most famous Dragon at our National Championship regatta, being held this year at its namesake venue .

“The Edinburgh Cup is a coveted trophy and attracts some of the biggest international names in Dragon racing from Olympic medallists, round the world race veterans and amateur sailors who are at the top of their sport.”

Bluebottle is part of the Royal Collection made up of 13 historic royal residencies and over 1 million objects including thousands of images, ceramics, books, jewellery, art and other vessels. She joins the Royal Yacht Britannia, the Flying Fifteen Cowslip and the ocean yacht racing winner Bloodhound.