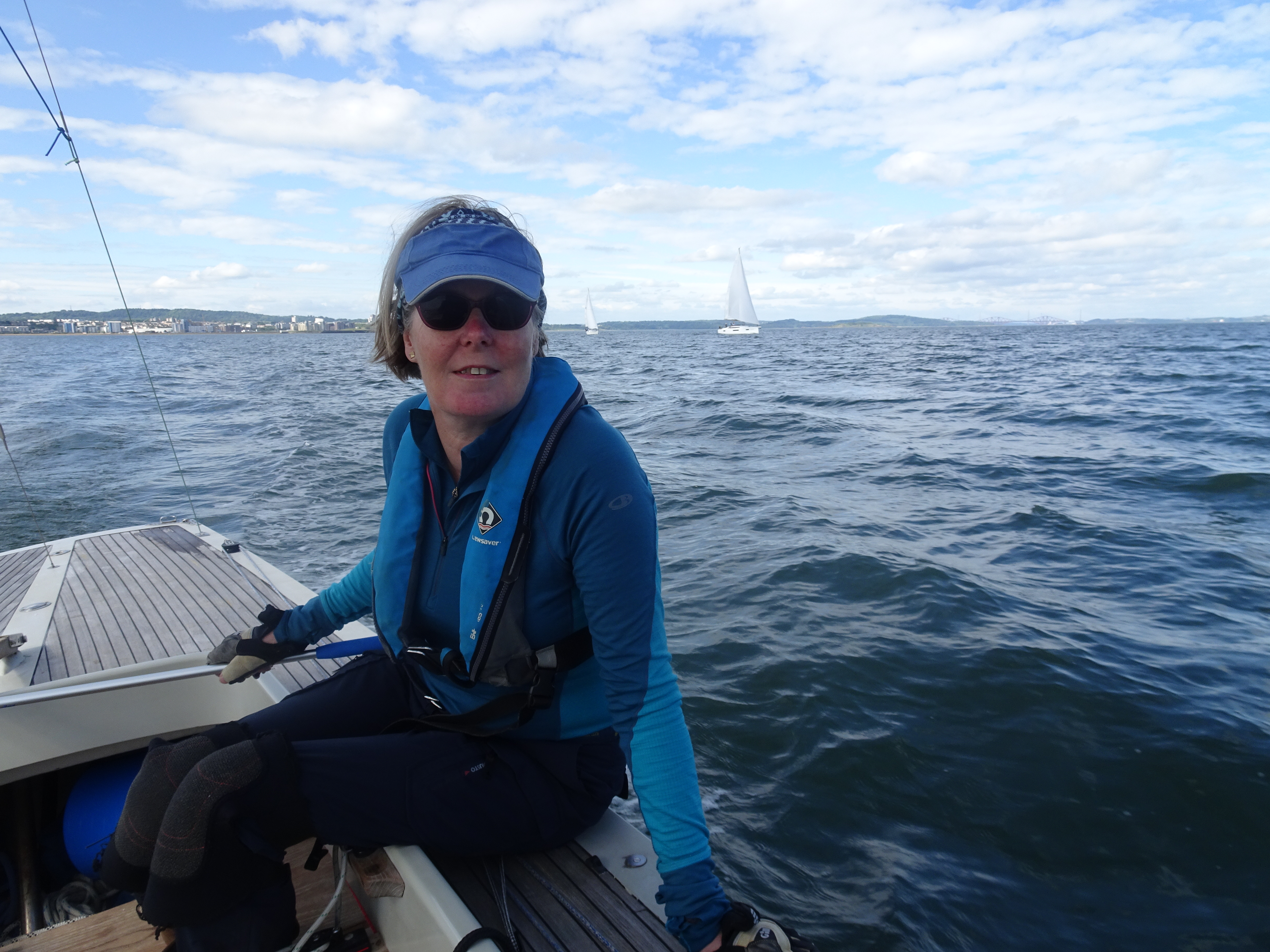 Ahead of the 2021 Scottish Championships and Edinburgh Cup in Edinburgh we chat to passionate local Dragon sailor and BDA Scottish Fleet Captain, Cathy Ogden.

The first boat I sailed in was a Mirror dinghy as a Royal Forth Yacht Club cadet in the early 1970s. My dad wanted my younger brother to have a sport and decided to join us both to the cadet section and bought a Mirror dinghy. I loved it and my brother hated it.

After university I returned to Edinburgh and I was asked to crew on Kis, then K418. When the Edinburgh Cup and Gold Cup were run on the Forth in 1985 I crewed both events and became a regular from then.

Now I sail a 1986 Borresen Dragon GBR 508, now named Kismet. It was first owned by Rob Brown, who is our Race Officer for the Edinburgh Cup this year. Sheena and I bought her when she came up for sale as we had admired her in Largs in 2015.

Favourite places to sail, if it’s cruising, I love Scotland’s West coast. So many anchorages to nose into and lots of tidal challenges. When the weather gives you a break it can be hard to beat.

The things I love the most about Dragons are how they glide through the water and behaves well in almost everything that is thrown at it. I like it most when I don’t get a bucket of cold North Sea water dropped down the neck.

For anyone thinking of entering the Edinburgh Cup this year Edinburgh is a fantastic city to visit. Lots of history, culture, good food and all in a small, easy accessible city. The sailing area is fantastic, just outside the harbour entrance, so no long sails at the start and end of your day. The view of the hills to the North, the bridges to the West, Islands to the East and the iconic City skyline to the South make it an experience just being on the water.

The Edinburgh Cup championships gives us the chance to see lots of Dragons racing and trying to learn how they are making them go so fast! The social side and chatting to other crews who are also smitten is fun.

The Scottish all-ladies team of Sheena, Moira, Fiona and myself all plan to be on board for the event. There are a few kilos to spare despite the lockdown excesses.