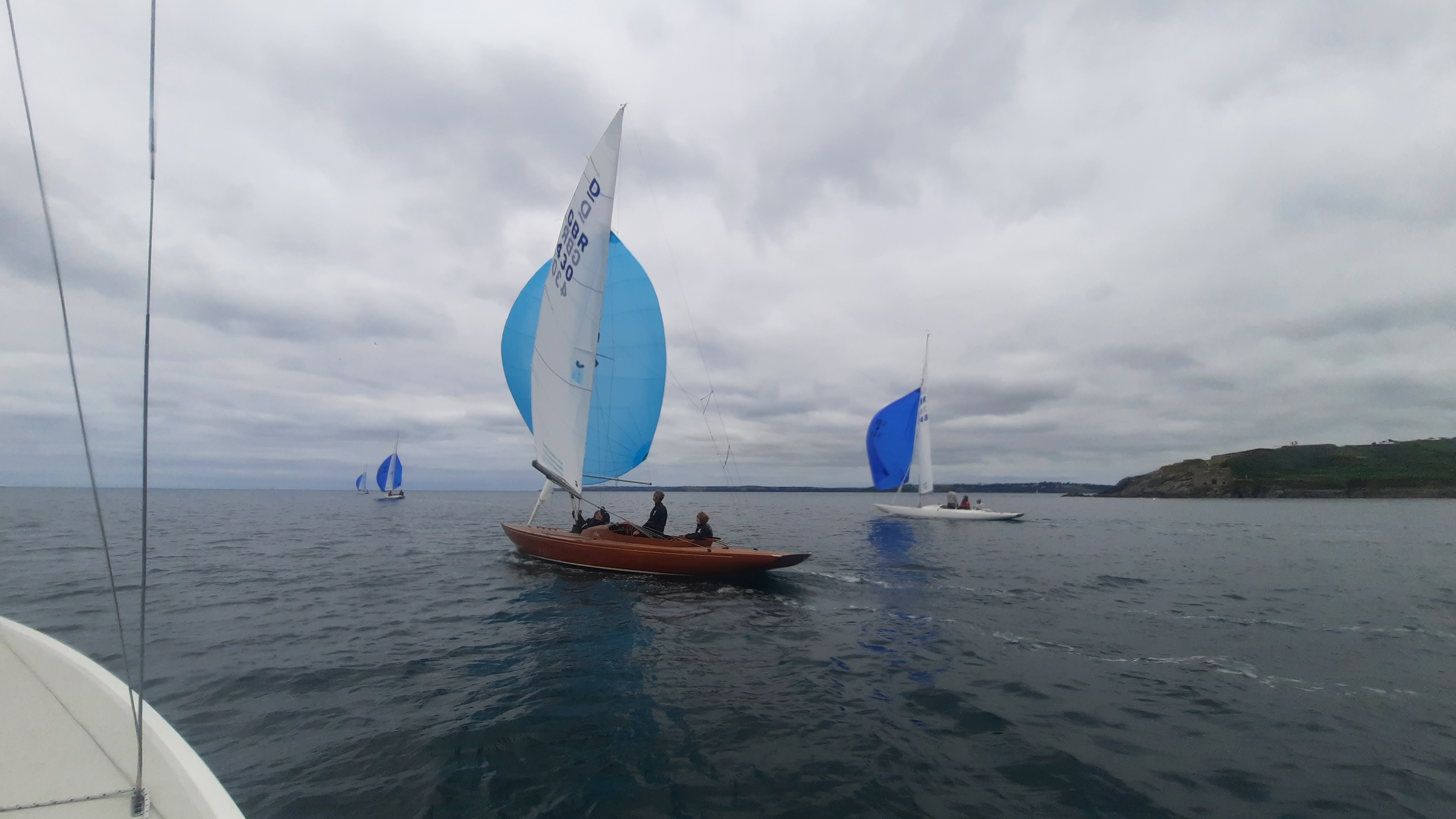 Dragons from across the country converged in Falmouth for the 2022 British Dragon Association southwest regional championship.

The 19 Dragons, representing the full spectrum of build era from vintage, classic and new enjoyed six races across two days in Falmouth Bay.

It was a masterclass of sailing from team Bluebottle, Graham and Julia Bailey and David Heritage finished the day with three bullets and the overall lead.

It was a great day of racing that saw all Dragons enjoy the windward leeward course held in the bay overlooked by Pendennis Castle. Solent Dragon sailors Simon Barter and Owen Pay showed their skill in the conditions, both claiming a third-place finish in races two and three respectively.

Going into the second day Bluebottle had a seven-point lead over Jaguar Racing Team with a very close scoreboard further down the fleet. Admittedly, the Irish team felt they had a lot to do as the Dragons sailed from Falmouth harbour to the race area.

A Northwest 7 – 10 knots greeted the fleet in the bay. It was a day of disturbed seas, patchy winds, and a change of course over to Penance Point.

IRL 201 maximised every opportunity that the wind and tide offered up, sailing a very consistent set of races, claiming a podium finish in every race to successfully close the gap on GBR 192.

Ian Gray’s Still Crazy GBR 827 team had an excellent day of racing, relishing the lighter breeze, getting a win in race four and a second place in race six. GBR 192’s OCS in race four saw, for the first time, the leaders at the back of the fleet. But the course two race offered an extra upwind leg for the team to sail back into a mid-fleet finish.

The lighter airs suited some Dragons and the final race of the day saw a change at the top and a superb race by Crispin Blyth’s classic, GBR 430 Ran. They chose the right of the course to lift them into the windward mark in first place. From there the Royal Yorkshire Yacht Club team extended their lead to take their first win.

As an added treat Dragon sailors and their teams were taken on a ferry trip to Tregothnan House at the invite of Evelyn Boscawen, 7th Viscount of Falmouth for the official SW championship prize giving.

A further four Dragons join the fleet for the start of the Edinburgh Cup on Tuesday 5th July.