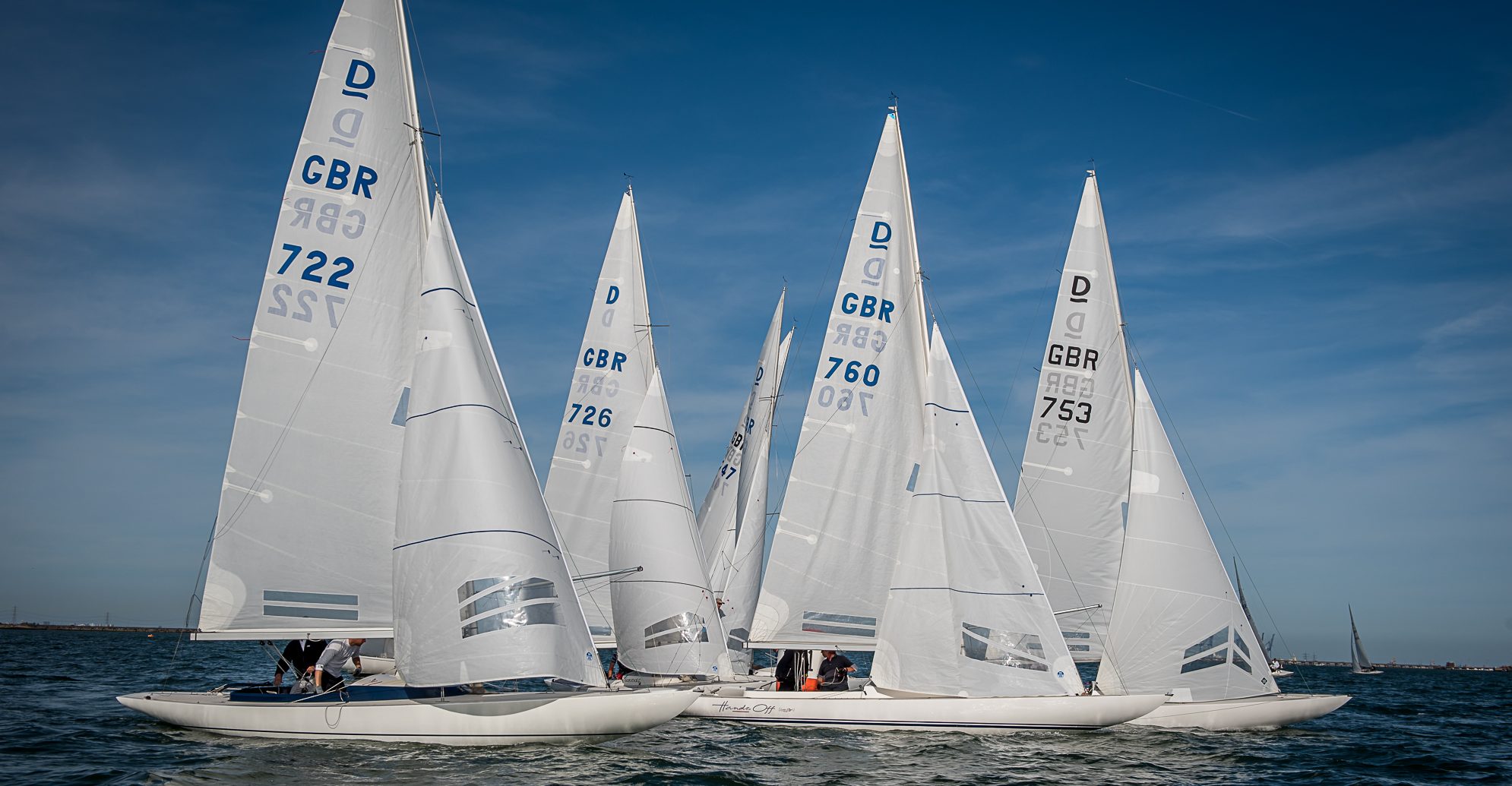 Five dragons entered the second race of the Proton Cup. Unfortunately Gandalf’s main halyard broke at the metal ball on hoisting and had to retire. Whistle (Quentin, Jamie and Sarah) sailed an impeccable race to win by a large margin. Due to the light wind a course in Gillingham Reach was set between Buoys 28 and 25. However the Northerly element to the wind meant close reaching and tricky spinnaker calls.

Taniwha (Howard and Bill) two-up, led after the start being the first to raise the spinnaker. They had a good lead but gave a lot away when they over stood the first mark 28. At this buoy SUTI (Toby and Ivor) also two-up were the only ones to keep their spinnaker up and they gained initially. Whistle, SUTI and OCD (Chris, David and James) all sailed high over to the back eddy at Folly Point before bearing off to buoy 25.

The wind was more NE here.

At this stage it was very close between all four boats. After three laps the wind went very light and headed on the way back to the club finish. Everyone had to tack at Meers. The vagaries of Heartbreak Reach enabled OCD to overhaul SUTI close to the finish.