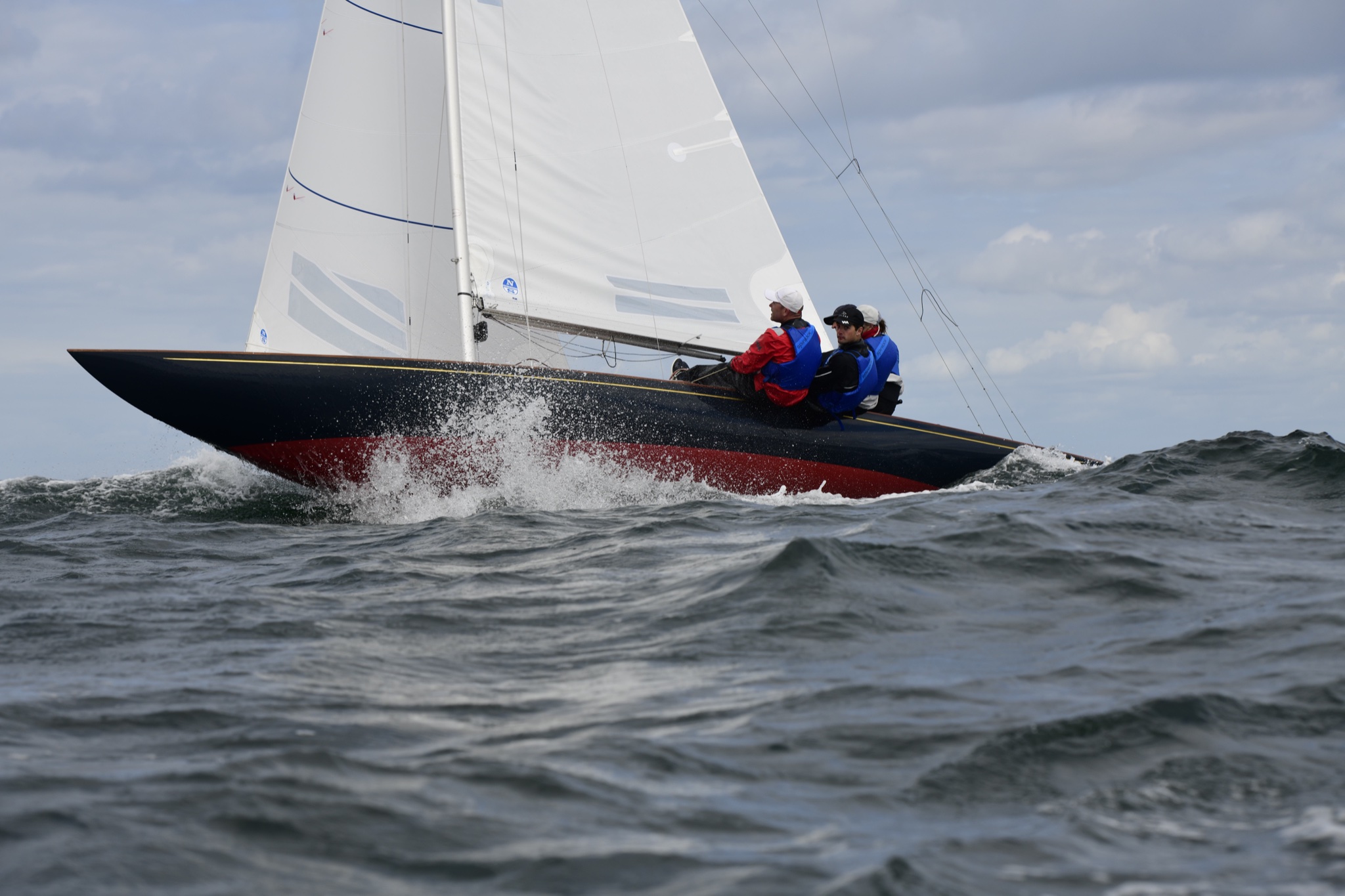 Dubbed as the most famous Dragon in the World, Bluebottle GBR 192 is among the 53 teams from 13 nations racing at the Dragon World Championship 2022 Kühlungsborn, Germany.

The latest addition to The Royal Yacht Britannia’s historic fleet, Bluebottle is flying the flag for classic Dragons, helmed by world-class helm Graham Bailey and crew Julia Bailey, Rurairidh Scott and Will Bedford.

This year’s Dragon World Championship in Germany got off to a great start on Sunday 12 June. Day two saw Bluebottle creep up the scoreboard and finish the last race in 6th just behind overall leader Klaus Diederichs GBR 819.

It was Tremendous Tuesday for the Bluebottle team with two fourth place finishes on day three, making it the top boat on the water that day. After five races this places Graham Bailey’s team in sixth place overall, on equal points with Jens Christensen DEN 410 and Wolf Waschkuhn SUI 318 in 4th and 5th place.

Bluebottle is still owned by Her Majesty The Queen, and much loved by the late The Duke of Edinburgh who regularly competed at Cowes Week with Bluebottle, the 75-year-old wooden hulled yacht is considered to be the most iconic Dragon and will be competing against state of the art modern day GRP hulled yachts at this prestigious event.

The Baileys will be hoping to build on its success since Bluebottle returned to racing last year. In August, they won Overall Champion in the Dragon Class at Cowes Week. Just three weeks later, they finished 2nd in the Scottish Dragon Class Championships and 3 rd overall in the Edinburgh Cup at the Royal Forth Yacht Club in Granton, Edinburgh.

Following the Dragon World’s Bluebottle will be making the journey along the south coast to Falmouth for the British Dragon Association Southwest championship and 2022 Edinburgh Cup.

Britannia’s Chief Executive, Bob Downie, said ‘We are delighted that Bluebottle has had such a good start competing against such a strong fleet of Dragons’.