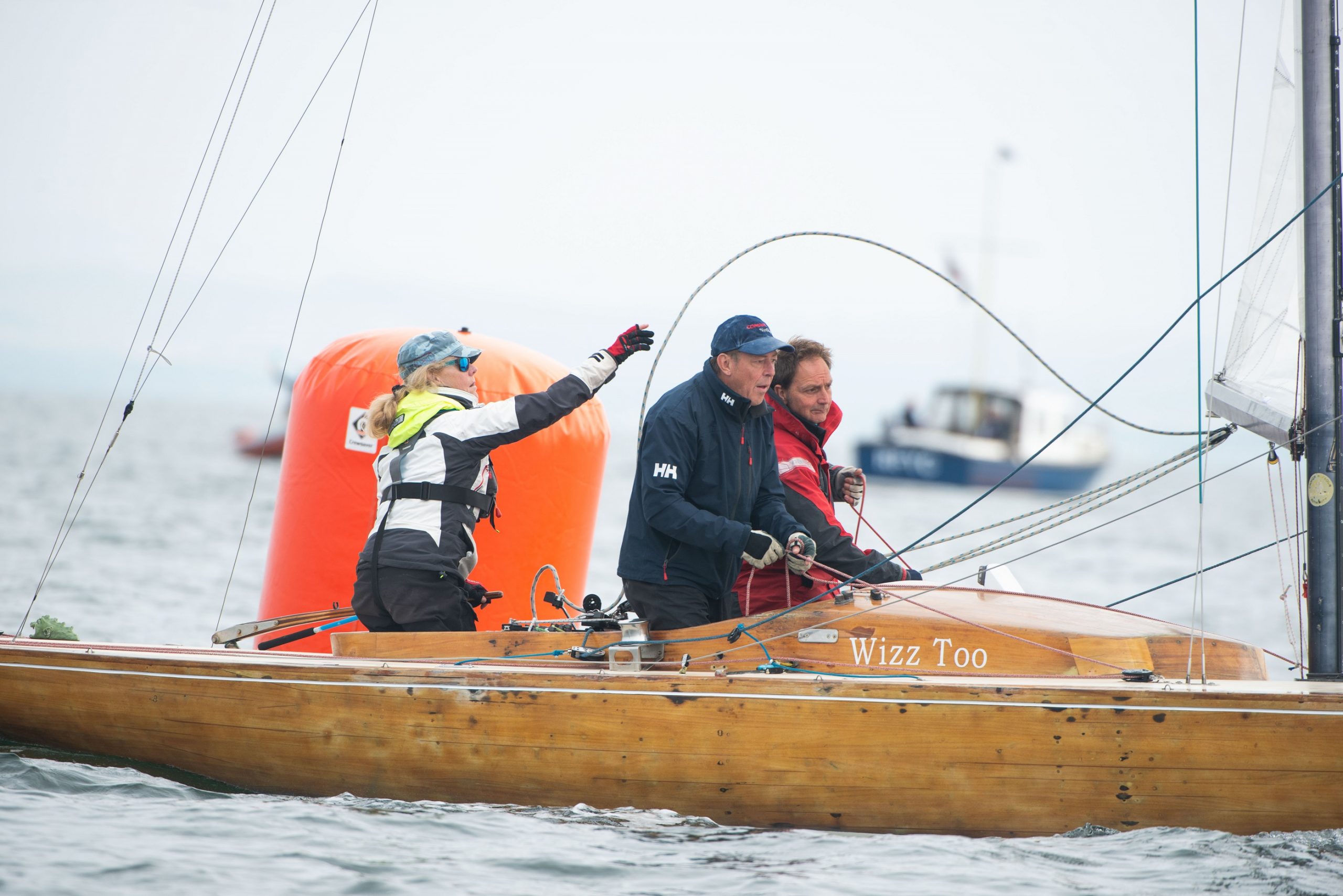 While the skies over Edinburgh were grey spirits were bright and lifted in the Royal Forth Yacht Club with the encouraging morning breeze.

Going in to the day’s racing Badger 810 is leading the fleet, very closely followed by Bluebottle 192, Bande a Part FRA 428 and Jerboa 761 and Corinthians Bertie 764 and Harry 818.

It was a clear start for the fourth race of the event and Dragons were split across the beat with the favourable side proving to be the right.

It was an unfortunate start for Bertie 753, Harry 818 and Meteor 402 who were unable to make the pin end of the start line. But a good start saw Basilisk 515 sail away to the left in clear air.

It looked to be a comfortable lead for Gavia Wilkinson-Cox’s Jerboa as she led through the first windward and downwind gates followed closely by Ron James’ Fei Lin’s Flirtation 633, Bluebottle and Badger.

A changing tide delivered a disturbed sea that saw Bluebottle edge ahead and extend their lead stretching away on the final downwind leg to the take win followed across the line by Fei Lin’s Flirtation and Jerboa respectively.

The final race of the day, race five got through two general recalls before the black flag was issued, tide helping to push the Dragons over the line.

Mike Budd’s Harry achieved a clean start under black flag and led to the windward mark. It was all very close behind with Jerboa, Bluebottle, Bande a Part FRA 428 and Fei Lin’s Flirtation all rounding as a pack.

The run was where the gains were had especially for Jerboa and Bande a Part as they picked up some new positions and held on going through the final gate.

The longer windward leg to the finish delivered an exciting close to the day’s racing as Jerboa took her second win of the event, Badger second and Bluebottle third. These two races have now given the Dragons a series and a discard.

It really is all to play for going into the last race! Overall results can be viewed here >

Day Four and the final race of the Edinburgh Cup is scheduled to start before 11am.
Follow the BDA Facebook page for live-stream race reports. For images from the event visit the Ed Cup Gallery.